On his Photographics, that are drawn through emotional filter of colored „shadows“, are well-known and unknown people . Spaces of Vladimir Zubac on the other hand are iconically abstracted and united in emblematic views (Fortress of Petrovaradin, streets and time in it, the Danube and its rims) - as opposed to characters that exists in those spaces. 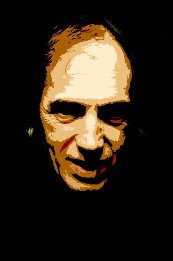