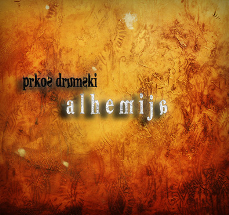 The album Alchemy by the band Pros Drumski is a document of a three year long journey, close friendship and creative interaction in the most creative period of existence of this band some of the songs are concert standards for a long time, some are crafted in the moment of inspiration and have never been performed live and some are already recorded and released in different versions. Unified on the album ”Alchemy” they are a valuable collection of small musical-poetic relics and in the same way precious memory of the thrilling adventures incarnation of the band that could not stay together in the same companionship cause of geographical causality, but could always give something more and constantly change.

Listen and share this album on your social networks!